Robin Bates discusses how the term 'escrow' has caught the attention of the general public through the hit Netflix show 'Selling Sunset', explaining what it is and its applications outside of luxury property,

After four seasons of the hit Netflix show Selling Sunset, are you still confused about what the term ‘escrow’ means?

The TV show focuses on the flashy lives of the agents working for the Oppenheim Group, a professional real estate brokerage based in Los Angeles. The show usually makes headlines for the drama between the realtors and the romances that bloom but recently we noticed a headline about escrow. Viewers are gripped season after season for more than the gossip and deceit; they learn about the ins and outs of the Oppenheim Group’s day-to-day business buying and selling luxury property.

Every episode they sell expensive properties, closing the deals and ‘going into escrow’. But what does that mean?

The buyer and seller will sign a contract to take the listing off the market. Before the purchase is finalised, a contractual agreement is written up outlining conditions which need to be met for the sale to go through. To protect both parties, a sum of money or an asset is held by a third party, only to be released when all involved are satisfied that the contracted conditions have been met.

In the case of a high value property, the contract might be contingent on aspects such as financing or the property survey.

In pop culture, audiences have mostly seen the term used for property transactions and on the whole, used in the US. However, escrow is not just for conveyancing and it is used world-wide. The concept of a third-party holding funds contingent on the terms of a contract can be applied to many different types of transactions, both personal and professional.

For business transactions, escrow is a key mechanism and lever to pull. A common use case is in mergers and acquisitions (M&A) where the allocation of risk is central to the process. The buyer of a company will want some form of protection in the event that the organisation is not what they were led to believe or agreed to in the sale agreement. The seller will provide representations and warranties, factual statements about the target business, such as employees, real estate and assets and accounting records. An escrow contract will be based on these and give the buyer the right to bring claims against the seller if there is a breach of this information. The money held by the third-party in the escrow account is the financial compensation that can be awarded if the claims are substantiated, usually between 10-15% of the total sale value.

From a different perspective, escrow can be used for construction projects for the protection and management of funds. A lender or a developer may want to break up their payments to contractors, only releasing their payments for each stage of the build when they are satisfied with the work done. These milestone payments are a way of allowing the person or entity funding the project to have more control and guarantee of the final state of the property.

Where escrow may also be used in the professional sphere is fundraising. In some cases, shareholder agreements will stipulate that investment funds need to be collected in an escrow account, only to be paid to the company when a certain threshold is met. This tends to be used for early-stage investments, usually seed rounds or Series A, when investors want more certainty that others are involved in the deal and the company will reach their full target raise. An example of this is Tumelo, who used our escrow services to complete their investment round.

It’s also important to note that there is increasing demand for personal uses of escrow. Outside of conveyancing, consumers want to protect their purchases, big or small. This could be anything from paying the contractor working on their house to buying on online marketplaces. If there is no guarantee what they are paying for will be of the quality they expect, consumers want to know they can get their money back. This is what our sister company, Paycast, is on a mission to service.

In short, escrow has many applications beyond luxury property sales in the glamourous rolling hills of Los Angeles. The contractual agreement can be used for purchases in all domains of our lives. If there are two parties transacting that need some level of insurance, an escrow contract can be used to provide protection if the purchase is not as initially set out.

Importantly, it can be employed seamlessly; it doesn’t always involve dramatic fallouts between the parties and the ups and downs of a docusoap. At Shieldpay, we use standardised contracts, widely accepted by top 100 law firms, which can be amended to reflect the specificities of any transaction. That, paired with our digital platform, enables a smooth on-boarding and payment process, likely to cut out any of the theatrical turmoil the realtors in Selling Sunset portray. 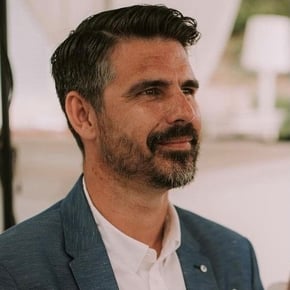 In this blog post, Robin Bates explains how using Shieldpay can accelerate the final closing transactions of an M&A deal,  bringing with it security and total peace of mind.
Start Reading
Robin Bates Mar-07 2022 12 min read

Simplifying complexity and strengthening weakness: how technology is improving the supply chain