Data in my contracts: why should I care?​

In this chapter from our Transaction Management eBook, Eliot Benzecrit, Co-founder of Avvoka, reflects on the true value of contracts and how innovation can unleash new opportunities for deal teams.

When lawyers and commercial principals are drafting and negotiating transaction documents, it’s probably fair to say that very few are too concerned with what happens to the documents after they’ve been executed. ​​

The contracts that were negotiated so hard during chaotic midnight-turns are quickly forgotten about once the ink has dried on the back page and they have been neatly filed away in a document management system. Due diligence on the acquisition or heaven-forbid, litigation, is the next time most lawyers need to care about those documents, right? ​

The problem at hand​

A contract as a snapshot in time ​

Of course, the statement above is simplified but there’s more than a few grains of truth in it for most lawyers. Most deal documents do reflect a snapshot-in-time of the wins, compromises and losses that the negotiating teams went through to get the transaction over the line. Contracts are therefore excellent vehicles to tell a reader ‘what’ was agreed between two parties but offer very little in the way of ‘why’ a clause was negotiated as such. ​

If you, as a client tasked with carrying out the obligations that were agreed or, as a colleague picking up the contract as a starting precedent, want to know why a bargain was struck in a certain way, you simply ask the lawyer who drafted the contract – easy. Even better, if your lawyer is a superstar dealmaker, she’ll have come across many similar deals and will be able to tell you with absolute authority whether what was agreed was ‘market’.​

However, what if she leaves the firm? Or, even worse, what if when reviewing the document, you, as the client, feel that the deal was off-market, what then? The answer is: there’s nothing you can do. Corporate memory loss (even among law firms) is unfortunately a real phenomenon, and the best dealmaker is only as good as the pool of transactions that’s come across her desk, shaping her perception of what really is ‘market’. ​

If most contracts reflect just a snapshot-in-time and there’s no file note of why a particular clause was struck out, even the most spirited trawl through the version logs won’t be too helpful; the current​ approach to contracting is, frankly, just a bit archaic. It simply isn’t geared up to capture those ‘why’s’ on a consistent, transparent basis. ​

If the above sounds familiar, there are new approaches (ones that even can work with Microsoft Word!) that start reframing the way that deal teams think about documenting and understanding legal obligations. By thinking about legal obligations as data points (which might sound strange to some lawyers) and ensuring they’re captured during a negotiation in a structured manner, the contracts themselves can add real commercial value: in short, they can start recording why a warranty was negotiated in a way, in a fatal swipe against corporate memory loss. ​

Over time, and by aggregating obligations across a whole suite of transactions, data-driven contracts can build the clearest picture yet of what is really becoming market in a way no single lawyer, firm or even peer review could provide. ​

All of the gains above are what could be framed as ‘informational’; they offer more effective methods of retrieving information than what we humans could achieve on a standalone basis. However, data-driven documents will be able to go even further into the ‘prescriptive’. With all this collated deal information captured (and most importantly, structured), advances in machine learning can already provide lawyers with a suggested fall-back position based on similar, previously seen negotiations for that clause type. So, when a counterparty marks-up a particular limitation on liability, the contract can delve into its own clause memory bank to offer the newly-armed robo-lawyer with a suitable alternative. ​

Keeping with the prescriptive, data-driven contracts can also facilitate the fulfilment of what was agreed in the document: by connecting to other systems (principally through APIs), contracts can even trigger a follow-on action in another application, when a particular obligation has objectively been met. For example, if KYC checks have been cleared as a condition precedent and validated under the contract, this might automatically trigger the release of funds in an escrow arrangement. ​

If contracts are going to be more than snapshots-in-time and become the data-driven commercial engine-rooms they truly can be, they need a bit more help than what Microsoft Word and Adobe can offer. Luckily, legaltech’s on hand to help.

This is a chapter from our eBook Transaction Management: Is technology taking over the deal?   You can read more insights from legal industry voices on the role technology is playing in the transaction management lifecycle in the book. Download the eBook today.

Eliot also featured on an episode of our Transaction Management podcast series. Check out his episode here. 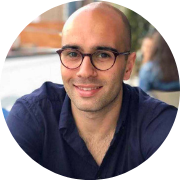 Eliot Benzecrit is the Co-founder of Avvoka, which is a next-gen document automation tool starting in 2016. Prior to starting Avvoka in 2016, Eliot was a corporate M&A lawyer at Slaughter and May in London.

What will transaction payments look like in the future?

In this chapter from our Transaction Management eBook, we take a look at the future of payments in the legal sector
Start Reading
Eliot Benzecrit (Guest author) Oct-14 2021 24 min read

Data in my contracts: why should I care?​

In this chapter from our Transaction Management eBook, Eliot Benzecrit, Co-founder of Avvoka, reflects on the true value of contracts and how innovation can unleash new ...
Start Reading
Jack Shepherd (Guest author) Oct-07 2021 26 min read

Has technology fundamentally changed, or only slightly improved, the way transactions are closed?​

In this chapter from our Transaction Management eBook, Jack Shepherd, Legal Practice Lead at iManage, explores whether technology advances have really changed ways of working and ...
Start Reading