The driving forces behind the Class Action revolution: setting the industry in motion

Jen Dickson explores the explosion of class actions in the UK, looking at it from all angles to discuss the key factors that have built up the market to reach record levels of activity

Across Europe, class actions are on the rise and the UK is leading the way. Until just a few years ago collective claims were few and far between in the UK and comprised of relatively few people. But now, after the introduction of a new legal regime in 2015, the market has been set alight. Figures suggest that in this year alone there are as many as 171 million people involved in class actions , with some individuals participating in multiple claims.

While the floodgates for more collective proceedings were opened by the judiciary system, there has also been mounting momentum coming from other key players in the market that has propelled the industry forward at breakneck speeds. To understand how this immense growth has come to be, we need to break the market down to explore all the driving forces at play.

Since May 2000, there have been 109 Group Litigation Orders (GLOS) filed in the UK, ranging across issues such as environmental, product liability, disputes, data breaches and miss-selling. While GLOs tend to follow a straightforward procedure through the judiciary system, claims can be burdensome. Claimants need to proactively sign up to be in the class before the redress is determined. This upfront effort of ‘book building’ can put immense strain on a law firm or case administrator.

Although representative actions, an ‘opt-out’ regime where an individual takes a claim on behalf of a group of people, has been in place in UK law for some time, they have not been used widely in the courts due to their restrictive requirements. Namely, all claimants in the group must have had the same grounds for the claim and level of damage caused all receive the same compensation, which is very difficult to prove. This was recently exemplified in the Lloyd v Google case.

And so, when the Consumer Rights Act 2015 was introduced a few years ago and established an accompanying less restrictive ‘US style’ opt-out regime, called collective proceedings orders (CPOs), there has been a new wave of claims going through the UK courts.

While ‘US style’, the UK has put in place a number of qualifications to prevent ‘ambulance chasing’ and frivolous claims being put forward. First and foremost, CPOs are solely to be used for private competition litigation. While there have been calls to expand this into other sectors in recent years, this rule remains true. The other major hoop to jump through is the assessment process. A claim must be reviewed and certified as a CPO by the Competition Appeal Tribunal (CAT) before any legal action can take place.

The CAT was very reserved in the first few years of operation and was a big blocker to any new claims proceeding. However, in 2020 there was a ‘breakthrough moment’ for class action lawsuits. The Supreme Court overruled the CAT’s initial dismiss al of the Merricks vs Mastercard collective action on the grounds that the rules were enforced too strictly, and this set a new precedent. The overruling effectively lowered the threshold for collective actions to proceed and set off a tidal wave of collective actions.

These fundamental changes in legislation have propelled the industry forward. The UK has become the leading jurisdiction in Europe for class action lawsuits, with 2021 seeing a new high for the number of applications for CPOs filed in the CAT.

But what is happening behind the scenes of the legislation to set the industry in motion?

The driving forces building the industry


The introduction of the CPO regime gave way to the opportunity for ‘follow on actions’, or what some have referred to as ‘piggybacking’. This is when a company is sanctioned by a competition regulator for misconduct and then an individual files a claim for redress for the breach, grounding their argument in the earlier infringement decision and using this as binding evidence of liability. Examples of this include the RoRo claim, Power Cable cartel claim and Merricks vs Mastercard.

Outside of competition law, collective actions can be taken for other breaches of regulation. In UK and across Europe, businesses have been contending with GDPR compliance. The risk and the cost of a cyberattack is increasing rapidly and now there is compounding legal and reputational risk with the threat of collective actions. We have already seen claims against British Airways, Marriott International and Easy Jet.


At the forefront of many of the cases in the UK are individuals seeking justice against large corporations. A prime example of this is Walter Merricks who is bringing the case against Mastercard and campaigning for compensation for over 46.2 million people (including three million people who have died since his first filing). Mr Merricks has persevered with the claim after the initial rejection by the CAT in 2017 and sought appeal by the Supreme Court to now have the action proceeding through the courts. He is leading the charge for others to follow in his footsteps. We are already seeing others emerging, such as the consumer rights expert Alex Neill who filed the case against Playstation.


The litigation finance industry is booming in the UK, with data showing the total assets held by the 15 largest UK litigation funders  has almost doubled in three years and has hit a record £2.2bn. This comes as no surprise with research showing that returns can be higher than those in private equity, real estate, traditional credit and hedge funds.

It is also interesting to point out that funding is a factor the CAT takes into consideration when determining whether an opt-out or opt-in is appropriate. Seeing as the British judiciary system is determined to prevent any US-style ‘ambulance chasing’, I think we will start to see more meaningful conversations around regulation of litigation finance in the next year or so.

With all of these forces pushing harder to drive claims forward, there is no doubt that the market is on an upwards trajectory. However, firms are reaching a tipping point. Never before have legal teams in the UK experienced the pressures of managing hundreds, thousands or even millions of claimants, some of whom are involved in multiple cases. What is the most sustainable, cost effective and efficient way for firms to scale up and meet the expectations of the general public? Technology.

The legaltech market is growing, with 2021 being the busiest year ever for funding. However, despite the buzz around the opportunity technology offers to transform legal services and bring very out-dated practises into the 21st century, uptake has been slow. While some tentatively suggest that the legal industry is reaching a technology adoption tipping point, there is still a long way to go. Most law firms are still focused on digital tools that enable remote working for their staff, such as e-signature tools, cloud storage and communication platform.

Litigation teams, on the other hand, need to focus on reputation and experience. According to research from Portland, the general public is now becoming more receptive to the idea of joining a class action, but they are unwilling to if it is burdensome or time-consuming. Law firms must win them over with exceptional experiences. This is especially important in the coming year as we see more opt-out proceeding through the court, involving greater numbers of people who have not chosen to participate and could be resistant.

While still young, the class actions industry is developing quickly. But the tools and technologies required to support law firms contend with the demands of managing more claims and larger classes haven’t yet caught up. There needs to be more investment in building stronger relationships with claimants, tools to help automate communications on mass, for example.

At Shieldpay, we are supporting litigation firms with the final, but arguably most important, leg of the claim: managing the payouts to claimants. After a long, sometimes drawn-out, litigation process, claimants want to receive their money quickly post-settlement and want to do so with as little hassle as possible. Any friction and law firms lose the trust of the claimants, ultimately posing risk to reputation.

Our payments platform enables law firms to on-board, verify and payout claimants digitally, even to those in jurisdictions around the world. By removing the need for any manual accounting processes and reliance on risky and highly inconvenient paper checks, claimants are able to receive their funds faster than ever. You can find out more about our class action payout solution here and read some of the reviews claimants have left on our Trustpilot page (we’re rated ‘excellent’!). 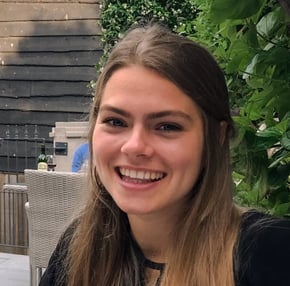 How technology is transforming the legal sector

In recent years we have seen the ‘legaltech’ (or ‘lawtech’) subsegment of the legal industry on the rise, disrupting a long-standing resilient industry which has seen little ...
Start Reading
Jen Dickson Jan-12 2022 39 min read

The top 10 legaltech podcasts to listen to

Cut through the noise of the podcasting world and learn from the very best of the legaltech podcasts in 2022!
Start Reading